The history of bras is inextricably intertwined with the social history of the status of women, including the evolution of fashion and changing views of the female body.

Women have used a variety of garments and devices to cover, restrain, reveal, or modify the appearance of breasts. Bra- or bikini-like garments are depicted in some female athletes of the Minoan civilization in the 14th century BC.[1] From the 14th century onward, the undergarments of wealthier women in the Western world were dominated by the corset, which pushed the breasts upwards. In the latter part of the 19th century, women experimented with various alternatives such as splitting the corset into a girdle-like restraining device for the lower torso and transferring the upper part to devices suspended from the shoulder. 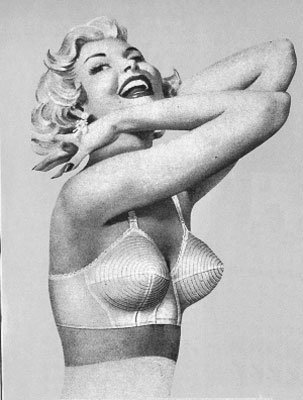 In the late 19th century, bras replaced the corset as the most widely used means of breast support.

By the early 20th century, garments more closely resembling contemporary bras had emerged, although large-scale commercial production did not occur until the 1930s,Since then bras have replaced corsets (although some women prefer camisoles) and some, as well, go without.The metal shortages of World War II encouraged the end of the corset. By the time the war ended, most fashion-conscious women in Europe and North America were wearing bras. From there the bra was adopted by women in Asia, Africa, and Latin America, although we have no information about what arrangements, if any, immediately preceded the adoption of the bra across Asia, Africa and Latin America. 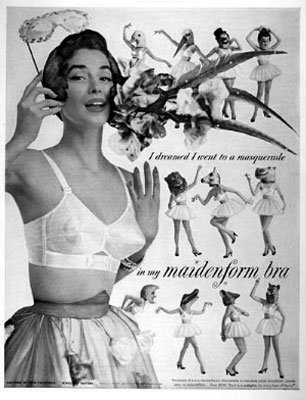 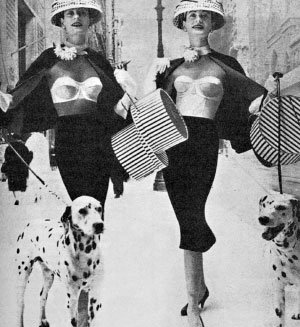 During the 20th century, greater emphasis has been given to the fashion aspects of bras. The manufacture of bras is a multibillion-dollar industry dominated by large multinational corporations.